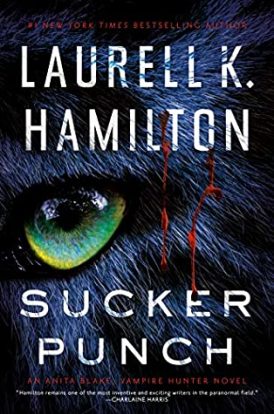 A brutal murder, a suspect in jail, and an execution planned—but what if the wrong person is about to be killed?

When a fellow U.S. Marshal asks Anita Blake to fly to a tiny community in Michigan’s Upper Peninsula on an emergency consult, she knows time is running short. When she arrives, there is plenty of proof that a young wereleopard killed his uncle in the most gruesome and bloody way possible. As the mounting evidence points to him, a warrant of execution is already under way.

But something seems off about the murder, and Anita has been asked for her expert opinion on the crime scene. Despite escalating pressure from local cops and the family’s cries for justice for their dead patriarch, Anita quickly realizes that the evidence doesn’t quite add up.

Time is against Anita, as the tight-knit community is up in arms and its fear of supernaturals is growing. She races to uncover the truth and determine whether the Marshals have caught the killer or are about to execute an innocent man—all in the name of justice.

Honestly, I had a lot of hesitations about this 27th book in the Vampire Hunter Series. It takes Anita Blake away from Jean-Claude and drops her in the middle of another case in Michigan. I felt as if the main couple in the series never gets their own time. Yeah, can you tell I am a little disappointed?

Despite that, however, I became fully engrossed in Sucker Punch. There weren’t any graphic arduer feedings that I have come to expect in every one of these stories. Nonetheless, I was at the edge of my seat, trying to figure out what in the world is going on with Anita and her new “love” interest ( if I can even call him that). This new relationship was something I could’ve never imagine happening…ever. The angst and intrigue were undoubtedly there!

I thought the murder mystery was terrific too. I had so many suspicions about who did what and was glad that I was kept surprised until the very end. I would have to say, the story came with some disappointing deaths at the end, but justice was definitely served.

All in all, I thought this was a great addition to the series. I personally can not wait to see if something further develops between the potential new couple and how Rafael will fit into all of this. 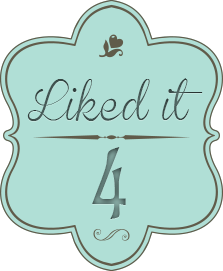 Laurell K. Hamilton is the #1 New York Times bestselling author of two series that mix mystery, fantasy, magic, horror and romance. Her Anita Blake: Vampire Hunter novels from Berkley Books began with GUILTY PLEASURES and continues to thrive with over sixteen volumes to the series and an comic adaptation. There are now more than 6 million copies of Anita in print worldwide, in 16 languages. Hamilton’s Ballantine series features Fey princess and private investigator, Merry Gentry and there are now six novels exceeding one million copies in print. She lives in St. Louis County Missouri with her husband Jonathon Green, daughter, two pug dogs and one boxer/pug dog.