“There was a boy once. A boy who wasn’t strong enough to save me when I was taken.”

“There was a girl once. A girl called Tess Snow who sat with me in the dark waiting to be sold.”

“There was an owner once. An owner who bought me, entrapped me, and made me his unwilling goddess.”

Eleanor Grace is a naïve dreamer. Trusting and young, she believes her book-loving boyfriend can save her when her freedom is snatched and sold. Squirreled away to an island at midnight, delivered to a man even darkness won’t touch, she’s bound by a contract.

Four pieces of her soul.

Sullivan Sinclair is the giver of fantasies. Any wish, any desire—he is the master at quenching even the filthiest appetites. His private paradise and perfectly trained goddesses are there for one purpose: to ensure every guest is extremely well satisfied.

She belongs to him.

Right now you can grab the first book, Once a Myth for FREE! #EasyOneClick

“There was a monster once. A monster who bought me, controlled me, and took away my freedom.

There was a man once. A man who dealt in myth and secrets, hiding behind his mask, making me hunger and wish to know the truth.”

Eleanor Grace belongs to the man and the monster, hating them both but unable to deny that something links them. Something she doesn’t want to feel, something that traps her as surely as the sea surrounding the island where she serves.

Sully Sinclair belongs to his past and the black and white script his life has become. He views his goddesses as commodities—possessions to be treated kindly but firmly. The only problem is…Eleanor is different.

She’s a goddess with the power to ruin him.

“There was hate once. Hate born from dangerous attraction and fate’s cruel design.

There was love once. Love destined to kill us if we didn’t surrender to our war.”

Eleanor Grace suffers an awful affliction. She’s falling for a man who doesn’t deserve her affection or her forgiveness. But there is no cure, so she does something reckless, stupid—she throws safety to the sea and leaps into danger.

Sully Sinclair suffers the same affliction. He’s falling for a goddess who will never earn his trust or his heart if he can help it. However, he wasn’t prepared for the lengths she’d go. How far she’d push to either stop such a bond or kill them both trying.

An elixir given to a monster.

A goddess running for her life.

An ending neither of them can survive.

“There was a truth once. Truth we shared in the dark and scribed scars upon our hearts.

There was a lie once. A lie that shattered our hard-earned truth apart.”

Eleanor Grace did the unbelievable. She fell for a man who trades in women, dabbles in myth, and has the morals of a cold-hearted beast. However, love isn’t enough where past sins are concerned and only pain can follow.

Sully Sinclair did the impossible. He gave his trust to a goddess who has the ultimate power to break him. Unfortunately, paradise is just an illusion, his islands aren’t impenetrable, and now he has to pay the price.

A war they can’t stop.

A future that doesn’t bow to fate.

“There was a beginning once. A beginning that started with being sold to a monster I fell for. There was an ending once. An ending that came cloaked in bloodshed and fury.”

Eleanor Grace is a simple mortal who has the power to topple a god. She captured his heart, fed him a different future, and fought for a fantasy that wasn’t make-believe but destiny.

Sully Sinclair is a man masquerading as a monster. He let down his shields and allowed a goddess to show him a simpler path. However, neither of them could predict the war that was coming, nor the toll it would take.

A fight that will finish in tears.

“There was a wedding and vows and a happily ever after…but there was also lust and fantasy.”

Sullivan Sinclair has high-powered friends as well as his new family. Invited to attend a masquerade at Jethro’s Hawksridge Hall, he agrees.

Eleanor Sinclair has a new husband and untold wealth at her fingertips. While living on an island in the Java Sea, their lives are their own. However, a simple trip to England has both of them missing the tropics of home.

A monster and a goddess who have a special power to escape.

“A marriage born from slavery and secrets.

Sullivan Sinclair has a wife who shares his wildness and desires. To others, she is regal and perfect on his arm. To him, she is a goddess with dirty appetites that need to be fulfilled.

Eleanor Sinclair has a husband who allows her darkest fantasies to come true. Aboard their new luxury yacht, purchased for their cluster of islands called Rapture, he suggests a game of seduction. Another play in Euphoria.

Sea, sky, or sand—thanks to Sully’s unique playground, they can play anywhere. They can change their appearances, distort time, and indulge in romance with no rules.

Please note YOU DO NOT HAVE TO READ these novellas to finish Goddess Isles. The story concludes in FIFTH A FURY. These are just spicy bites with visits to Euphoria! Jinx’s Fantasy also has cameos from Elder and Pim from the USA Today bestselling series, Dollar Series.

Who would’ve thought it. Us. Together. Married. Valentines Day, Christmas, Birthdays—it all meant absolutely nothing to me before you. Now, I find those are the best days as I get to spoil you, remind you how much I love you, and show you just how much you’ve improved my life and me. I’m nothing without you, Jinx. Our love is the greatest magic I could ever create. 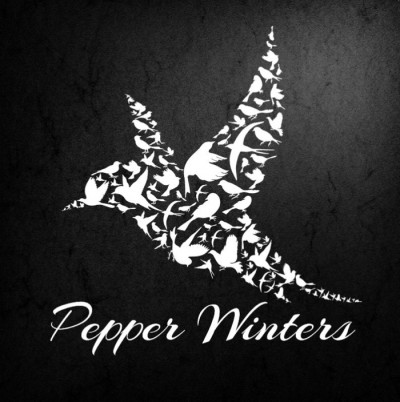 Pepper is a Hybrid Author of both Traditional and Self-published work. Her Pure Corruption Series was released by Grand Central, Hachette.

Her books have garnered foreign interest and are currently being translated into numerous languages, including already released titles in Italian, French, Hebrew, German, and Turkish. Audio Books for her entire back-list will be available in 2018.