What happens when an irresistible force meets an immovable object?

Remington Rohan was not a rule follower.
Former model (though not one of the “super” kind), successful influencer and life coach. Currently paid to tell people how to achieve the best from their lives and careers. In other words, a complete contradiction to how he preferred to live—namely, on his own terms and without input from others.
Everything about his life was going according to plan.
Until he started spending way too much time with a woman who defied his prejudices and challenged his beliefs.

Lydia Larkin was not a genius.
Gifted, clever, and stubborn. Raised on star maps and Hendrix, she was born an explorer. Temporarily tied down to a private sector science job, she knew she was biding her time before she was off to discover and build something new.
Not one to let society tell her who she was, she wasn’t about to let a professional influencer tell her she had to change to be happy.

Buckle up and brace for impact.

Remington brings alllll the swoon with his note!

I didn’t know there could be someone like you.

I didn’t know I could be loved as I am.

You see me in a way no one else can and yet you don’t turn away.

I find myself chasing you like a comet in the sky. The light you give off is rare and primal, like it’s been burning for lifetimes before us.

I will chase you until I can’t.

I will love you until there’s nothing left of me. 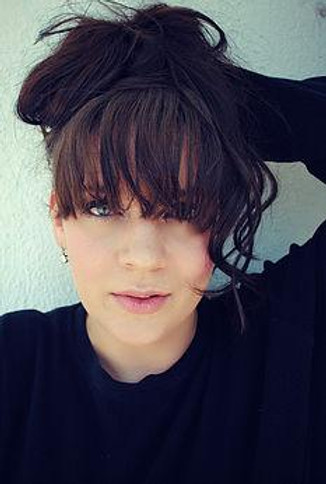 Heidi Hutchinson was born in South Dakota and raised the exact right distance away from the Black Hills. She had an overactive imagination very early on and wasted no time in getting most of her friends in trouble due to her unrealistic and completely ridiculous ideas.

Fueled by coffee and her unwavering and perfectly normal devotion to Dave Grohl, she writes stories that she hopes will inspire her readers to take their hearts on one more adventure.

She still lives in the Midwest (though not as close to the Black Hills as she would prefer) with her alarmingly handsome husband, their fearless child, and rather large and spoiled dog.
Her fuel is still predominantly Dave Grohl and coffee.
And a whole lotta love.