Thanks to a soccer-career-ending accident, Kayla Franklin has given up on everything she ever worked for or wanted from life. She’s been avoiding her family, living in a crappy apartment with her best friend, and slinging overpriced drinks ever since. When TV executive J.D. Baxter crashes into the bar, and her life, she’s already determined that rock bottom is her destiny.

Retired NFL quarterback and semi-pro bachelor J.D. Baxter used his millions to found a unique sports station—one run entirely by women. When he decides that retired player Makayla Franklin will make the perfect subject for a new documentary, he pays a visit to the dive bar where she works, only to have his world knocked way off its axis.

Kayla agrees to his documentary proposal, and attempts not to fall for the playboy athlete who’s populated his TV station with plenty of women from his past. When he asks her to pose as his fiancée, things get hilarious, then interesting … and then smoking hot.

Right now you can grab Lady Balls for only 99 cents! #EasyOneClick

Check out the other books in the Detroit Sports Network Series…

J.D.’s note is so heartfelt!

It’s just me, your athletic American football star equal for the most part, but also father of your son, and the man who loves you so much sometimes my mouth gets ahead of my brain.

In short, I want to take this Valentine’s Day opportunity to apologize.

I know I’m selfish sometimes, ok a lot of the time. But I also know that I wasn’t trying to be selfish when you told me you wanted to go for another gold medal with your team. I really and truly was not. I was being cautious, and a little worried. Not that I thought you wouldn’t make the team. They’d be crazy not to bring you back on the roster. What I’m worried about is your body, your noggin, your general good health.

While you are much more of a spring chicken than I am, you had a concussion scare last season, remember? You also had an Achilles heel sprain and broke two of your toes, all in the same damn match, Makayla. It was terrifying. And I’m at that stage of my life when everything is going in the right direction thanks to you. But sometimes when I close my eyes all I can see is that moment when the back of your beautiful head collided with the damn side of the damn goal then you got more or less sneak tackled by a couple of the players on the other team, trying to take advantage of you being down.

Lord. That was awful. And all of a sudden, I feel like I should apologize to my ex about all the times I took such risks in the NFL and she would also come at me, asking me not to put her daughter’s father at risk all the time just for the sake of a stupid game. Oh, yeah, since you’re probably reading this damn letter to her anyway, go ahead and tell her for me, will ya?

I love you, Kayla. Dinner is at seven, don’t forget. Have a good practice and tell Wyatt that I’m not being “dumb dad” anymore. I’ll be buying our tickets to Madrid for the summer Olympics soon! 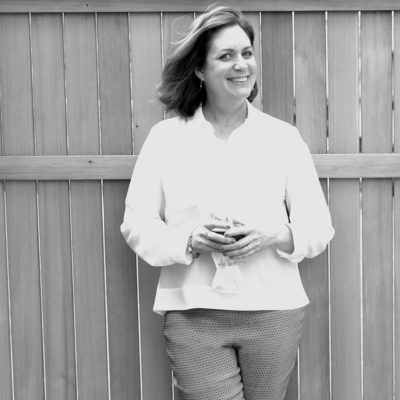 Amazon best-selling author, mom of three, Realtor, beer blogger, brewery marketing expert, and soccer fan, Liz Crowe is a Kentucky native and graduate of the University of Louisville currently living in Ann Arbor. She has decades of experience in sales and fund raising, plus an eight-year stint as a three-continent, ex-pat trailing spouse.
Her early forays into the publishing world led to a groundbreaking fiction hybrid, “Unconventional Romance. Worth the Risk,” which has gained thousands of fans and followers interested less in the “HEA” and more in the “WHA” (“What Happens After?”).
With stories set in the not-so-common worlds of breweries, on the soccer pitch, in successful real estate offices and at times in exotic locales like Istanbul, Turkey, her books are unique and told with a fresh voice. The Liz Crowe backlist has something for any reader seeking complex storylines with humor and complete casts of characters that will delight, frustrate and linger in the imagination long after the book is finished.
Don’t ever ask her for anything “like a Budweiser” or risk bodily injury.