Adventure is in Captain Hudson Miller’s blood. For the past ten years, he’s spent his days in the sky, serving as a pilot for the army. But where adventure called him away, something—someone—is calling him home. On post-deployment leave, he escapes to the one place he hasn’t been since he enlisted: Havenbrook, Mississippi. Hometown of his momma’s peach pie, enough memories to last a lifetime, and the only girl who ever left an imprint on his heart.

Mackenna Haven thought she’d have her life figured out by now. Instead, she’s a twenty-seven-year-old college drop out who works at her soon-to-be brother-in-law’s bar and lives on her parents’ land. No husband or kids to her name. Not even a consistent weekend booty call. She’s been pretending she’s happy working dead-end jobs in an even deader-end town, but she can’t stop thinking she was meant for more than this.

After a childhood as best friends and a single weekend exploring more, Mackenna and Hudson haven’t seen each other in ten years. But they made a pact that long ago weekend, and Hudson’s coming to make good on his promise. Except he walked away from her once already, and she’s not interested in opening her heart and allowing him a second chance at destruction.

Check out the other books in the Havenbrook Series…

Hudson is such a sweetie!

I should’ve known better than to challenge you to a bet the day before Valentine’s Day—especially our first together while in the same zip code—because there was little doubt it would mess with my plans. (Those plans, by the way, were to wake you up with my mouth between your legs, but apparently homemade peach pie for breakfast is better?) And while I’ll definitely miss that first morning glimpse of you, hearing you laugh your ass off when you beat me yesterday was worth it.

I know if I say this to your face, you’ll call me a creep, which is why I’m writing it in a note instead (I’ve learned a few things over the past couple decades as your best friend…). Every morning when I wake up before you, there’s a handful of moments when I just…stare. In awe and wonder and, more than anything, gratitude that I finally get to call you mine. So I may not be next to you when you wake up this morning, but I’ll console myself with the fact that we’ll have at least fifty more Valentine’s Days when I am. 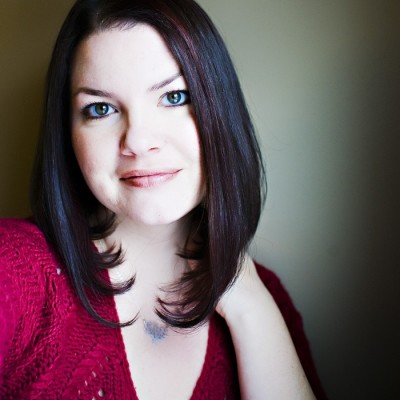 Brighton Walsh spent nearly a decade as a professional photographer before deciding to take her storytelling in a different direction and reconnect with her first love: writing. When she’s not pounding away at the keyboard, she’s probably either reading or shopping—maybe even both at once. She lives in the Midwest with her husband and two children, and, yes, she considers forty degrees to be hoodie weather. Her home is the setting for frequent dance parties, Lego battles, and more laughter than she thought possible. Visit her online at brightonwalsh.com