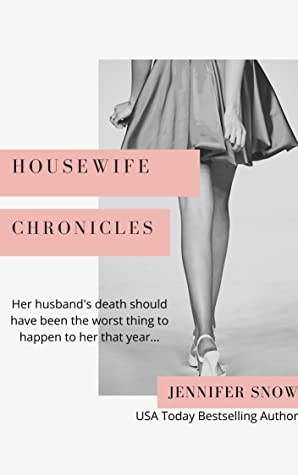 kids and making and selling pottery as a hobby. She is also a widow whose husband, Harold, had an affair with the younger yoga instructor, Gina Thompson, who lives next door.

When the ladies in the neighborhood coffee group discovered the affair between Gina and Harold they told Beth who immediately threw Harold out of their house. So he moved in with Gina. A short time later Gina found Harold dead on her kitchen floor, presumably from a heart attack. But he didn’t die from a heart attack.

The toxicology screen after the autopsy indicated he died from Thallium poisoning administered over a period of time. Beth is the prime suspect. The neighborhood coffee group along with Beth and Gina set out to find the killer.

This was an entertaining book to read. I did have some reservations about Gina since she was having an affair with Beth’s husband and I despise infidelity. I did appreciate that Gina didn’t believe Beth was guilty and so was supportive of her.

Finding out her husband was cheating on her two weeks before his death should have been the worst thing to happen to Beth Cartwright that year. But being a widowed, single mom in a community of upper-class housewives is proving to be far more difficult.

Housewife Chronicles is a dark comedy with a hint of mystery and a focus on unlikely female friendships.