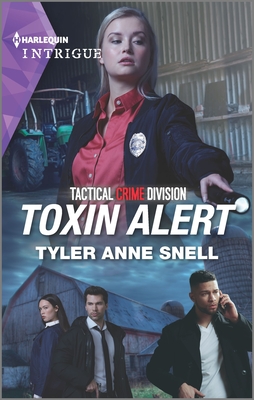 The FBI Tactical Crime team is called into a meeting. A bioterror event has occurred in Amish country. Carly Welsh is the team’s biological weapons expert so she is named lead on this case. What a nasty case it is. Powdered anthrax was spread out on the fields of three Amish family farms in Potter Creek. Many cows died, but more importantly, a father and son died. Carly is determined to get to the bottom of this case. There is a big problem though. The members of the Amish community are not cooperating even though the team is there to find the culprit who perpetrated this heinous act. The solution to that problem was to talk Noah Miller, a former member of Potter Creek community, into being their intermediary. Carly managed to get Noah’s cooperation and his attention. Noah got Carly’s attention too. They are from different worlds. Could this lead to anything meaningful?

Noah Miller left the Amish community during the time of his Rumspringa. Rumspringa is a rite of passage during adolescence for Amish youth around the 14-16 years of age range. The youth is free to spend time outside of the community before choosing baptism with the Amish church or leaving the community. Noah found a good home with the Tuckett family on their farm just outside of the Amish community. He ended up inheriting the farm. Noah is basically shunned by the Amish except when they need his help. He can live with that. The anthrax attack on the three farms rocked him. These types of attacks didn’t happen to Amish communities. At first he wasn’t going to assist the FBI’s team but changed his mind after meeting the lead agent Carly Welsh. He was surprised at his reaction to her. Instant attraction

This story consists of a complex plot, great characters and plenty of suspense. At first Carly and Noah don’t seem to make sense as a couple. But the attraction is there. I found it quite interesting to follow along as their relationship developed. Once again the TCD team comes out on top of their crime investigation. I really enjoy reading about their teamwork and sense of camaraderie. I can’t wait to read about their next case.

After biological terrorism rips through an Amish community,

the Tactical Crime Division is called in to find out why.

Following a deadly anthrax attack, TCD’s biological weapons expert Carly Welsh springs into action. Problem is, the Amish trust no one—especially not an FBI special agent. That’s where Noah Miller comes in. Even though the rancher left the fold decades ago, the community trusts him…and so does Dr. Welsh. But even their combined courage and smarts might not be enough against sinister forces that want them both to perish.