Ohhhh my goodness – how is it already two and half weeks till Christmas?!?! I feel like 2020 has been both the longest and fastest year ever. I know this year has been insane in SO many ways, but I didn’t want to let 2020 come to a close without celebrating and giving back to all of you. I appreciate all the love and support y’all have given me this year and this is my way of saying Thank you! 🙂 Every week day through the end of the year I’ll be posting a giveaway on the blog site – so if you haven’t subscribed to the blog by email, make sure you do!

I hope everyone is as excited as I am for today’s giveaway – it’s a signed paperback of Little Lies by H. Hunting! I loved this book SO much – it was one of my most anticipated reads of the year and it definitely did not disappoint in the slightest!

Want a shot to win it?

I don’t want you.
You mean nothing to me.
I never loved you.

I turned my words into swords.
And I cut her down. Shoved the blade in and watched her fall.

I said I’d never hurt her, and I did.

Years later, I’m faced with all the little lies, the untruths, the false realities, the damage I inflicted, when all I wanted was to indulge my obsession.

Lavender Waters is the princess in the tower. Even her name is the thing fairy tales are made of.

I used to be the one who saved her.
Over and over again.

But I don’t want to save her anymore.
I just want to pretend the lies are still the truth.

Hero: Kodiak (Kody) Bowman (Rook and Lainey Bowman’s son, A LIE FOR A LIE couple origin, All In Series )

Little Lies is a spin-off of the Pucked Series and the All In Series – I LOVE these books and if you haven’t read them yet, I totally recommend it!

With a famous NHL player for a stepbrother, Violet Hall is well acquainted with the playboy reputation of many a hockey star. So of course she isn’t interested in legendary team captain Alex Waters or his pretty, beat-up face and rock-hard six-pack abs. But when Alex inadvertently obliterates Violet’s misapprehension regarding the inferior intellect of hockey players, he becomes much more than just a hot body with the face to match. Suffering from a complete lapse in judgment, Violet discovers just how good Alex is with the hockey stick in his pants.

Violet believes her night of orgasmic magic with Alex is just that: one night. But Alex starts to call. And text. And email and send extravagant – and quirky – gifts. Suddenly he’s too difficult to ignore and nearly impossible not to like. The problem is, the media portrays Alex

Title: A Lie for a Lie (All In Series Book #1)
Author: Helena Hunting
Genre: Contemporary Romance

Sometimes I need an escape from the demands, the puck bunnies, and the notoriety that come with being an NHL team captain. I just want to be a normal guy for a few weeks. So when I leave Chicago for some peace and quiet, the last thing I expect is for a gorgeous woman to literally fall into my lap on a flight to Alaska. Even better, she has absolutely no idea who I am.

Lainey is the perfect escape from my life. My plan for seclusion becomes a monthlong sex fest punctuated with domestic bliss. But it ends just as abruptly as it began. When I’m called away on a family emergency, I realize too late that I have no way to contact Lainey.

A year later, a chance encounter throws Lainey and me together again. But I still have a lie hanging over my head, and Lainey’s keeping secrets of her own. With more than lust at stake, the truth may be our game changer. 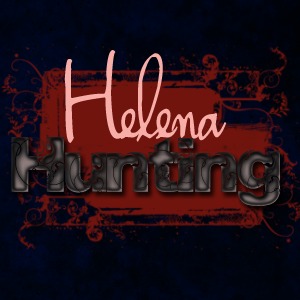