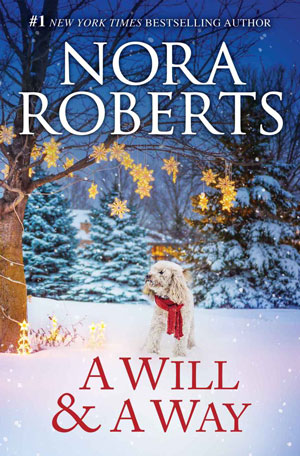 A WILL AND A WAY by Nora Roberts was first published in 1986 and republished in 2019. Considering it was originally printed almost 35 years ago, it remains an enjoyable read.

Neither Pandora or Michael are interested in the money, but at the same time they don’t want to see all the greedy relatives inherit if they don’t stay together—relatives that will go so far as to poison them and cut their brake lines to keep them apart. But the more time Pandora and Michael spend together, the more they find they have in common. There are a few steamy love scenes and a warm happily ever after that made it a very enjoyable read.